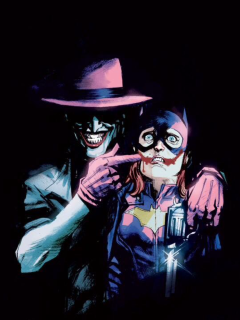 This picture was intended to be a variant cover for Batgirl No. 41. For anyone who has a passing acquaintance with comics or the Batman universe, they know this cover, penciled by the amazing Rafael Albuquerque, is an homage to The Killing Joke. TKJ (as the kids call it) was written by Alan Moore and was/is considered, with Frank Miller’s The Dark Knight Returns, a turning point in the comic book industry. Comics were dark, edgy, intense. This cover was supposed to come out in June as a celebration of 75 years of the Joker.

In the latest OH NOES!!!!! catastrophe in Nerd Nation (where I rent a small apartment with my dog, Oliver, and my cat, Harley Quinn), it was announced by Alburquerque and DC Comics that, due to an outcry of offended readers and fans, the cover would be pulled. In addition, the current Batgirl creative team of Cameron Stewart and Brendan Fletcher (writers) and Babs Tarr (penciller) came forward and said they had not approved the cover and weren’t happy with it as it goes against the new, lighter Batgirl they are putting out. 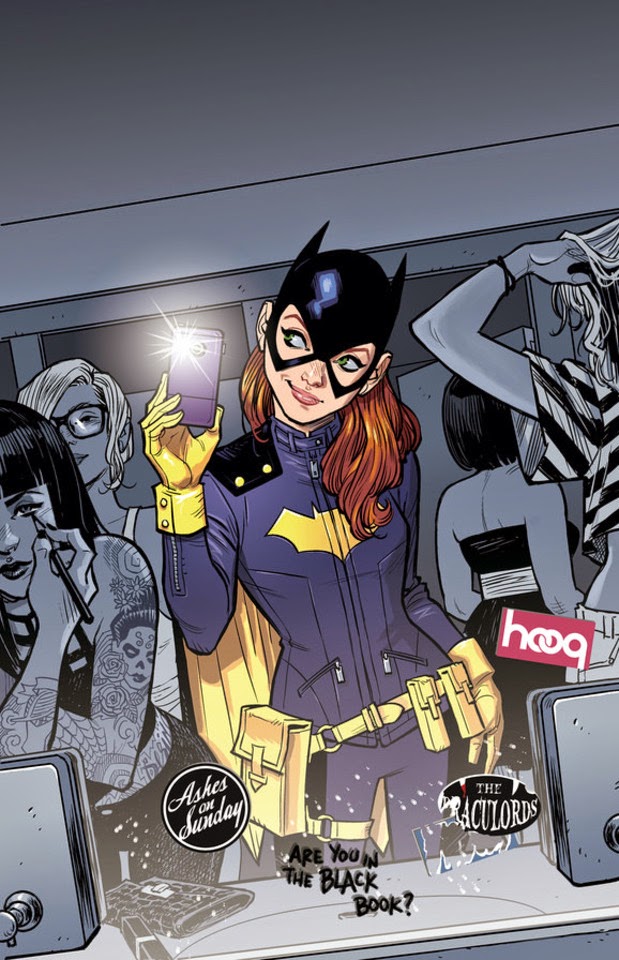 I love the “new” Batgirl. I think Babs Tarr’s pencils are strong and bring an indie vibe to the book, appropriate since Barbara Gordon has returned to college and has moved to the trendy part of town with her fellow 20-somethings. I wrote a column about the new beginning at Comic Book Herald where I voiced my concerns on the book after a tremendous run by Gail Simone, who had her own issues with DC Comics regarding the book. Taking over a book as popular as Batgirl after the kind of stories Simone put down is rife with land mines but it’s done and has been done on every single comic book in the history of ever.

Getting back to the variant cover (a cover that was only going to be on a limited number of comics available at mortar comics shops), my personal thought? I loved it. I thought it was beautifully drawn in a terrible, tragic, brutal way that shows the Joker for what he is–a monster. He’s not the Clown Prince of Crime, he’s monstrous and murderous, and he created a personal hell for Barbara Gordon when he shot her in TKJ, crippling her and putting her in a wheelchair for (according to canon) three years.

But it wasn’t just the shooting. In an effort to drive her father, Commissioner Jim Gordon, mad, Joker had Jim removed from the scene (he was there for the shooting) and proceeded to strip Barbara naked as she’s bleeding out and began taking photos, graphic photos, some of which are shown later in the book. There is also the believe by many fans she was possibly raped based on comments by Moore.

When you look in her eyes in Albuquerque’s cover, you see all that. You see the absolute blind, panicked terror. None of Batgirl’s training is helping her. The skills she learned at the hands of Batman are gone. She’s alone, she’s a victim, and she’s paralyzed (no pun intended) by fear.

And that is the reason many have come out against the cover. I don’t agree with it, but I’ve never been sexually assaulted and I do not have the emotions that some have against TKJ and similar stories. I do, however, support the decision to pull the title solely because that is the wish of the creator of the piece and his publisher.

And that’s when the shit fucking ignites.

Comic book and gamer fanboys have been painted as brutally misogynist in recent years. It’s not a brush that covers every male fan, but it’s one that that’s pretty accurate in many cases. I’m not going to get into the flaming shit show that is Gamer Gate (I’d link you to the Wikipedia page, but since GG sympathizers run it, you’re not going to get an objective definition. I recommend you follow Chris Kluwe on Twitter), but what I’ve seen in the comic book world is simply horrible.

There are supporters of the cover, like me, who see it for what it is and would have liked to have seen it on the book, but really aren’t too sussed over it. There are other supporters who are upset and even angry, arguing it’s censorship (which it isn’t since the artist wanted it pulled himself), but are still reasonably civil. Then there’s the “fuck you, you cunt” guys and those are the ones we’re going to focus on. The ones who immediately pull out the victim card while simultaneously insulting, humiliating, and degrading any and every female who has the audacity to comment they felt uncomfortable with the cover.

The bigger picture here isn’t the cover or the decision to pull it. The bigger picture is how fast a decision like this is decried as “PC” or DC Comics being afraid of those “fucking feminists.” I spent a pretty good amount of time on Twitter last night debating the cover with the woman who runs the @DCWomenKickingAss account. I don’t agree with every single post she makes, but I have a tremendous amount of respect for not only her opinion, but her ability to stick to her guns even when she’s dealing with abuse and cyber-bullying assholes who seem to think she personally is ruining the comic book industry.

We didn’t agree on the issue, but at no time were there harsh words between us. It was a civil discourse and we went our own Twitter-wandering ways. But while looking through other Tweets, I found terrible things. Gail Simone tweeted about another female creator named Valerie D’Orazio who has been part of several big-name titles over the years. Recently, someone in the industry who openly, publicly, and unabashedly bullied her has basically been rewarded for being a dickhole.

She provided the full story on her website and I really recommend you read it. It shows what some women in the industry go through for no other reason than being female. Not being “feminist,” not complaining about Power Girl’s tits, not for being outspoken against sexualizing girls who are minors in comics, but just for being a woman. It’s embarrassing, it’s shameful, and it’s wrong.

Being stupid, I’m drawn to the comments sections of stories and Facebook posts where the dregs of society tend to spew their honest (and usually homophobic, racist, and misogynist) opinions. What I’ve gathered is, these are people who hate change. In any form. One of the most recent jewels is from a young man bitching about the possibility that the new Spider-Man move may focus on Mile Morales instead of Peter Parker, meaning Spidey would be (looks around furtively) black.

The author said, “I’m sick and tired of these directors coming in and changing everything just to put their mark on the book. Just leave it the way it was and stick to the comics! I want the movies to be like the comics!*”

*I took the liberty of correcting all the spelling errors.

Then read the fucking comics, jackass.

Folks, things change. We all talk wistfully about the days of Stan Lee and Jack Kirby, but those tales do not translate well into the second decade of the 21st century. And a big part of change is being more accurate about our society as it’s depicted in mediums such as comics. Believe it or not, it wasn’t a woman who designed Wonder Woman’s or Black Canary’s uniforms. Those costumes are ridiculous at best, offensive at worst, and should probably be updated. But you do that, it’s all “Those fucking feminists are bitching and DC/Marvel is just going to back down because they’re spineless. I feel sorry for our country right now because we’re nothing but a nation of pussies!”

No, Unfortunately-Not-An-Imaginery-Person, what we are is a nation of different people. I understand that it’s better for you to read your comics with the heroic white guy who bangs the really hot super hero chick who wears next to nothing like her male counterparts do (sarcasm) and, hell, you can even deal with the odd colored fella or two. But the moment those cunts start bitching and you start seeing fags and trannies in the pages of your comic books, that’s the moment Al Qaeda wins, isn’t it?

In all honesty, I sort of feel sorry for these socially-retarded monkeys because all they have is hate. And I get that. I have a lot of anger inside but I’m cursed with objective logic and the understanding that sometimes, I don’t get my way. But for these people, the type who are pissed off even when their side wins because some compromising had to be done to earn the victory or those who don’t understand that no, white people don’t get to say “nigger” in public, hatred is constantly boiling under the surface and it’s directed at anything and everything. The internet has given them the protection their brand of cowardice thrives in. They can say the things they’ve always wanted to say with no repercussions. Or, in the case of people like Chris Sims, they’re backed by a throng of dickhead fanboys who hang on his every word and clap him on the back like he just saved a puppy from a burning building.

Actually, scratch that. I don’t feel sorry for these mouth breathers. Fuck you. Fuck you and fuck your pathetic inability to interact with other human beings in a civil manner. I hope you’re hit by a car, paralyzed from the neck down and the person caring for you is a black transvestite who reads Rachel Maddow out loud to you every morning while pointing out all the lies and inaccuracies told on FOX News.