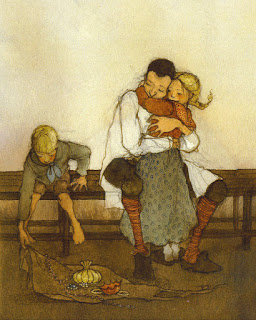 (The father of Hansel and Gretal, seen here hugging Gretal after their escape from the witch, was indicted on two charges of child endangerment Tuesday at The Hague.)

THE HAGUE—The father of famed kidnap victims Hansel and Gretal was indicted this morning at the International Criminal Court here on charges of child endangerment in the case being built against his wife by the United Nations.

It is alleged she used various means and efforts against the woodsman hunter to have her stepchildren removed from the home due to jealousy and greed. It has been claimed by the prosecution she was vocal in her desire to claim the small inheritance guaranteed to her husband’s children as a result of the Fairy Tale Children’s Protection Act of 2013. The Act was passed by the UN after it was learned the majority of fairy tale children have been grossly abused with the fund providing guaranteed income for the children and an identification card allowing them entry to every nation on the planet.

The United States recently became the last nation to open their borders after former President Donald Trump closed his country to all fairy tale beings, apparently believing them to be an invasion of homosexuals. The claim was one of the final outrageous comments made by the former game show host who was eventually overthrown by a group of resistance fighters led by musician Dave Grohl. 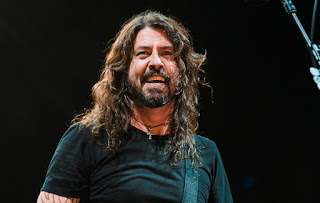 As chronicled by the famous tale, their banishment led to the duo’s capture and confinement by, and eventual escape from, Agatha Joanne Gildersneeze, the leader of a forest-dwelling cult of cannibals who is also colloquially known as the Evil Witch. Gildersneeze was killed by the children during their escape and due to the circumstances, were not charged in her death.

The two official charges of child endangerment—one for each of his children—were read by Belgium justice Lucas Waffle, senior-most of the three-justice panel formed specifically for fairy tale-based crimes in 2007. Known as Shreck’s Law, it was mandated that all applicable court cases be run through the ICC or the International Court of Justice, as applicable, when it was discovered at the turn of the millennia that pocket dimensions exist where fairy tales are real.

The name of both the children’s father and stepmother are being withheld to protect the identities of Hansel and Gretal, not their actual names. The man—Caucasian in his early 40s—is being represented by Roy Cohn, the deceased attorney who infamously defended the owners of Studio 54 during their tax evasion trial as well as disgraced former President Trump. The latter is currently serving a life sentence in an unknown location due the guilty verdict in his crimes against humanity trial here two years ago.

“It is ridiculous to think this man—this good, strong man—would knowingly evict his children from their home,” Cohn said outside the courthouse in an impromptu press conference. When a reporter pointed out to Cohn the children’s father, not present for today’s session, had already admitted he had left them in the forest to perish allegedly at the behest of his wife, the corpse of the legendary barrister declared the interview over and vanished in a puff of smoke and brimstone.

Neither of the children’s parents have given statements, unusual given the massive press surrounding the case and the fact both are now currently under international indictment. The woman, mocked in some media accounts as an “evil stepmother,” long a slur used against any woman marrying a man with young children, has proclaimed her innocence since the story first broke more than 200 years ago. She repeated those claims in a profanity-laced outburst during her indictment on charges of first-degree murder in this same courtroom nearly six months ago.

Hansel and Gretal’s father married her after his first wife and the natural mother of the children died in a suspicious cupcake fire.

Neither trial is scheduled to start this year as jury selection, difficult in the best of times for fairy tale hearings, is expected to take nearly a year. This is considered by some of the top names in law to be one of the most well-known court case in the planet’s history and as such, makes the challenge to find objective jurists difficult.

Continue to refresh this page for updates to this story.