Marc Meadors’ 5.578-second lap at 271.08 mph was stout enough to give the Texan the pole for Sunday’s Precision Turbo Pro Mod eliminations at the COMP Cams Street Car Super Nationals 17 presented by FuelTech. Meadors receives a first-round bye in tomorrow’s race at The Strip at Las Vegas Motor Speedway with No. 2 qualifier Steve Summers facing No. 15 Tony Aneian.

Qualifying was challenging at times over the course of the day, but SCSN Promoter Mel Roth said the teamwork between his Premier Street Car Association staff and Jeff Foster’s incredible drag crew made the best of the situation.

“When we had cars on the track, the racing was exactly what you’d expect at the Street Car Super Nationals,” Roth said. “We had some down time over the course of the day and it kills momentum. But when we were able to race, it showed that we’ve got a great racing surface and great weather that makes for fast passes. I think we’re all looking forward to Sunday because we know we’re going to see some very good drag racing.” 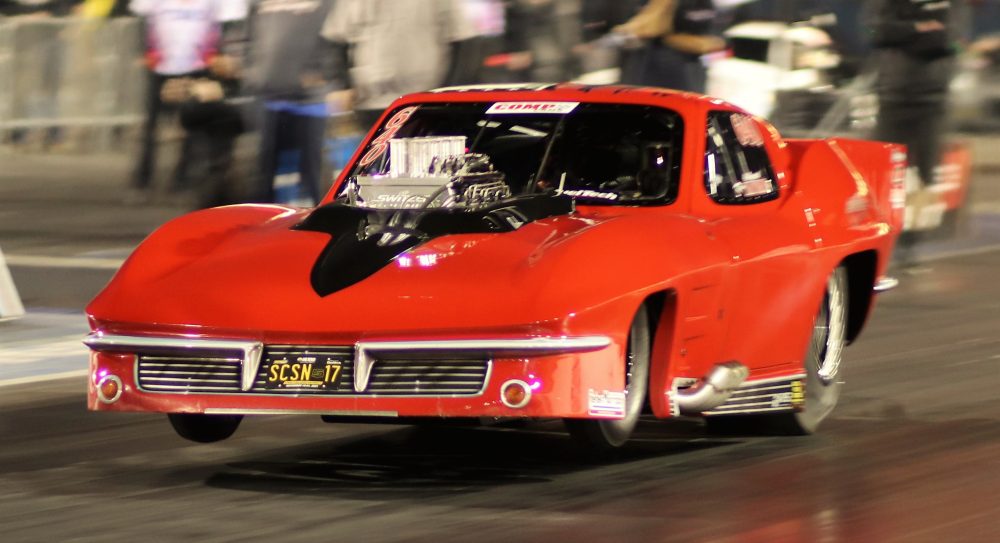 Roth also praised the LVMS drag crew for their dedication to the event over the course of some long days.”What these men and women have done this week set the standard for what a drag crew should be,” he said. “No complaints, always reliable. Anytime we’ve had to work on the track, it’s their full effort, every time. Without them, we wouldn’t be able to do what we do.”